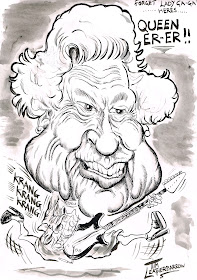 After a week of celebrating all that is great about GREAT BRITAIN, as we are great  whatever everybody else thinks!!!....This was through the celebrating of the QUEENS JUBILLEE, 60 years of waving and shaking fingers with the great ,mighty ,big ,small, pathetic, heroic ,dictators and despots from all over the world on a daily basis, our favourite royal granny is still going strong. And she's a damn site stronger than me after standing in the pissing down rain and hurricane winds for 7-8 hours on a boat on the RIVER THAMES without a break ,(maybe a hip flask and the royal catheter) waving at thousands of well wishers sailing by on hundreds of boats. PRINCE PHILLIP the bosses 'other half broke under the strain ,a mere boy of 90-odd and his bladder couldnt stand the strain ,either too many snifters from the royal hip flask ,or he was trying to avoid the'pop' concert the following day....Which i'm sure isn't true , i'm sure he couldn't wait to see KYLIE MINOGUE, CLIFF RICHARD  n' ELTON JOHN. 'ELT' seems to have developed this severe lisp. We saw him about 10 years ago and i thought he sounded as if he had a bit of a lisp and it seemed to be becoming more pronounced as the 'gig' went on. It was during 'SORRY SEEMS TO BE THE HARDEST WORD' that i fell off my chair laughing as it sounded like DAFFY DUCK singing ELTON JOHN'S greatest hits. But the Royal concert seemed to go well and rounded off with SIR 'MACCA'S' showstopper 'LIVE AND LET DIE', with missles and bombs and basically it looked like SMERSH had finally beaten JAMES BOND and blown the hell out of LONDON.

But now the glory is over we're back to normal ,work n' pissing down rain....And the EUROPEAN CHAMPIONSHIPS footy tournament. ENGLAND v FRANCE this very evening. FRANCE have been in the UKRAINE for weeks acclimatising and training ,while our brave boys have been scattered about on a range of holidays after a hard season. So we being British are just nipping over at the last minute to beat 'JOHNNY FOREIGHNER' and pop back home again without breaking a sweat. Well we just might break more than a sweat. STEVEN GERRARD in a press conference said that the extreme temperatures that they'll be experiencing over there during the game wont be any excuse for any problems or defeat ,but by mentionig it like that it is now the accepted reason, the excuse for ENGLAND getting their arses kicked onto the first flight home. I await to be proved wrong, but i'm not holding my breath.

Going off on an obtuse angle to the football , i was in a footy stadium only last night for the first time in years. Long ago i watched LIVERPOOL play at ANFIELD then years later saw PINK FLOYD at MANCHESTER CITY'S old ground MAINE ROAD , and last night we were at City's new ground ,ironically called the UNITED STADIUM( ouch!)...To see COLDPLAY, as it was a family x mas present so off we went and i have to say it was an impressive show, everybody was given a wristband that lit and flashed through the show and was an amazing site with all the wrists in the capacity crowd , but most important COLDPLAY   were very loud and rocking, i enjoyed it.

As MANCHESTER rumbled and reverberated to the sound of COLDPLAY last night , the fair city of BIRMINGHAM would've been bouncing to the sound of  that god of cartoonists and my very great friend HUNT EMERSON and his band the HOUNDOGS performing amongst tents and caravans at his and his friend Jesse's 60th (lot less as proffessionally organised as Coldplay do) birthday party. I haven't been in touch with the EMERSONMEISTER so i dont know wether he had a good time or wether he even survived to tell the faintly remembered no doubt boozy tale. Sorry we couldn't make it, old son, but again "HAPPY BIRTHDAY,Y'AWL FART, HUNT!"
Tim Leatherbarrow at 11:21