THOSE WHO THINK THEY CAN ..CANT!....SHOULD, BUT DON'T!....AND IF CAPABLE SHOULDN'T....THIS IS THE DEFINITION OF A POLITICIAN! 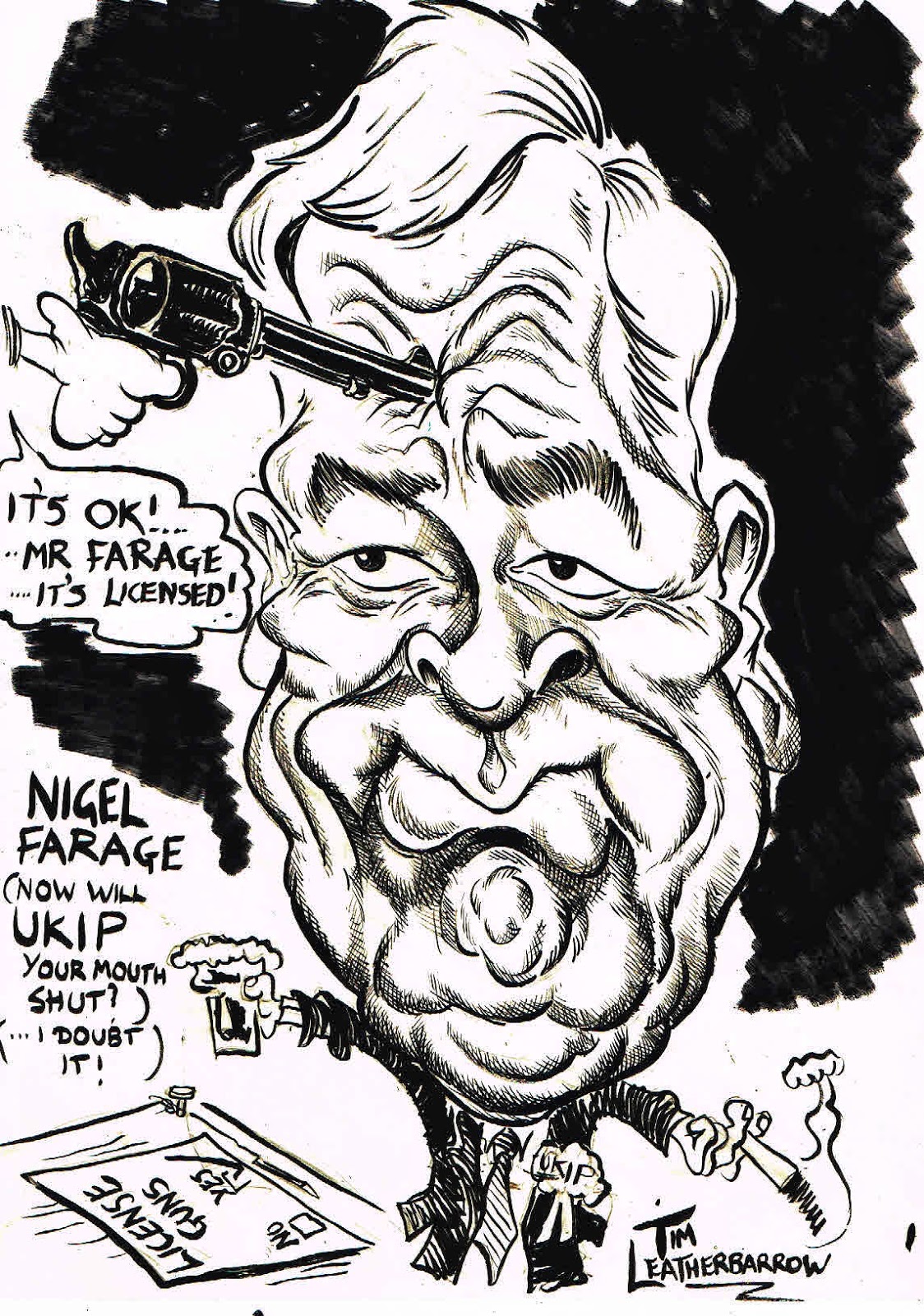 THERE'S A  BUNCH  of people we all hate.....Full of opinions and rubbish to say for themselves on and about everyone and everything else and entitles them to do silly things like  ,join silly things like debating societies at school  and stuff like that, not particually guaranteed to enamour them to the rest of us scally nose picking, footy in the yard (42/side with a tennis ).....As the years go on these people become more convinced they 'Have something to say!'....And as time goes on they :'Have something to say' ...on an increasing number of things ,then in this evolution of opinionated pains in the arse there comes a point where they 'Have a lot to say on everything!' This is a sure sign of the onset of an interest in current affairs which sure as little exspense accounts are nice nest eggs this will lead to an interest in POLITICS!!!!!

Politics is what?....I know i don't know and most people wouldn't actually have a definition that would make it clear. But on the other hand if you inquired as to a colourful definition as to what a POLITICIAN was you would get one ,i would imagine!!!!

A politician is somebody who has a lot to say on everything they have no knowledge or experiance about. A politician promises 'the world' for votes ,knowing they haven't a chance of delivering. They might be voted in and a week later they're in an office and in charge of the ;Health Service, National Defence ,The nations transport system, with no experiance ,but plenty of party line opinions and civil service 'Sir Humphries' to guide them.

A politician thinks they can do what they can't.....If they can ,the things they should do they don't....And if they are capable ,shouldn't be allowed to. The best job for a politician is in opposition ,all you need do is disagree with the party in power, grunt and shout and that ,basically is it , even i could do it and it's on expenses!

As the goverment and the main parties are a useless waste of space ,promising the world ,etc ,but not delivering , there is a funny side effect to this and that is the nation....Thats us ! Gets thoroughly pissed off. They vote out the party in power and vote the other in. Then come the next time it's reversed again and we're back to square one until next time. This is whensome  of   the would be politicians who 'Want to change things!?' go off and form their own gangs and promise the stuff the goverment(or them!)  haven't any chance or intention of doing....They'll never run the place ,but people vote for them to give the established shitheads a kick in their policies.

Just recently a big mouthed beer guzzling cigar puffing ,ex-punk called NIGEL FARAGE  and his UKIP party have caused a bit of a ripple in local and European elections ,all very impressive ,then the politician and his big mouth and tiny brain comes out .....DAYS AFTER AN ENGLISH NUTTER OPENS FIRE ON A COLLEGE IN AMERICA....What does Nigel ,in his knowledgeable considered opinion want ,but TO LEGALISE GUNS IN THE UK!!!!! 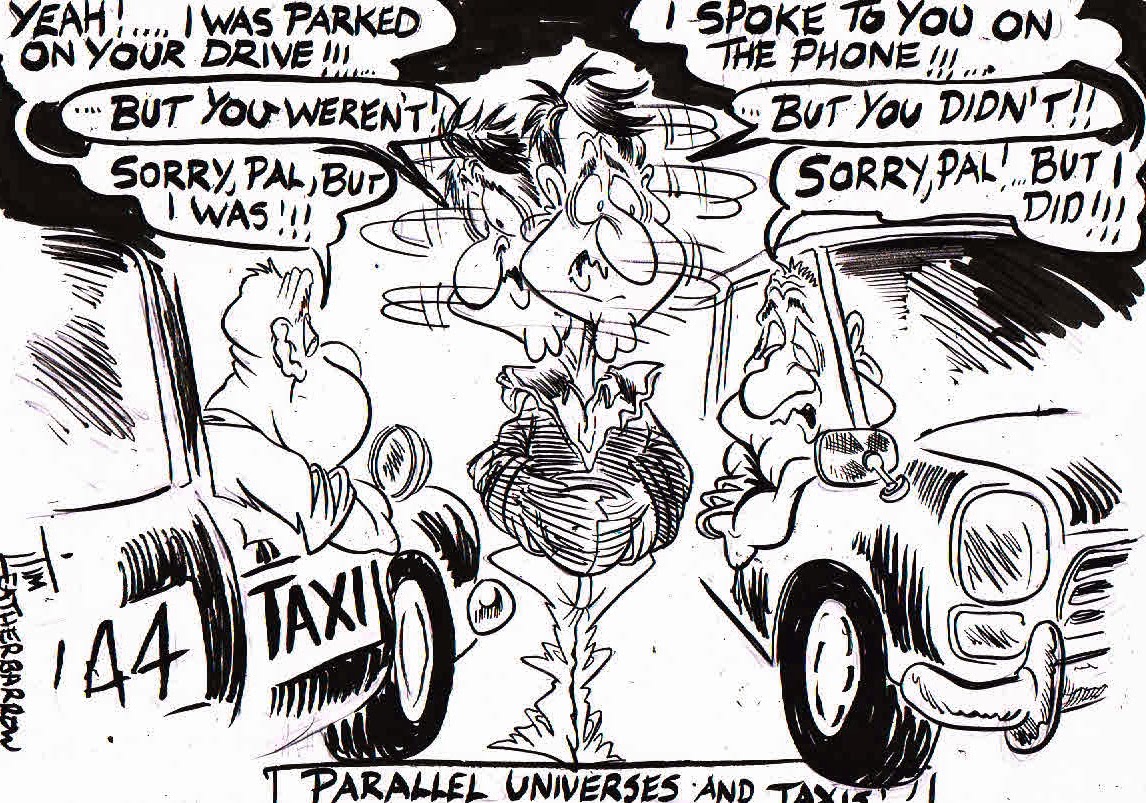 THE OTHER DAY IBOOKED A TAXI !......"My,  what a breathtakingly exciting life you do lead, Tim!" I can hear you enviously say. Well stop being sarcastic arse'oles and listen, as i introduce you to the secrets of the universe by taxi, and it's me paying!....There! I thought that'd grab your attention, you moneygrabbibng tight fisted  gobshites, ya!

Anyhow as i stood awaiting my chariots' arrival, gazing out of the window up the empty quiet close, the phone rang. I picked it up as it's on the window sill and answered as i carried on my expectant vigil. A highly educated Warrington voice inquired as to my whereabouts as : "I'm hangin' on outside of your drive, are you ready yet?....".....I told him that he wasn't on my drive . He replied ,sounding a little impatient that he was and gave me my address and how he was definitley outside my address and he was looking straight at it. As i couldn't see anything ,anybody or a car with phone numbers plastered over the side i gently informed him :"He bloody wasn't outside my house!".....A less than polite reposte was suddenly interrupted  as a cab pulled up in front of the house. I got in and the conversation wasn't mentioned. Did it happen ? Did i imagine it ? Where mysterious forces at work?

When i called a taxi a while later to take me and the Leatherbarrow offspring home he apologised for taking his time due to traffic as :"He'd explained when we spoke on the phone!" But we hadn't spoken on the phone ,but he insisted we had....I was getting a little worried. The oening theme of the TWILIGHT ZONE was going through my head. A favourite of that programme was PARALLEL UNIVERSES ....Was i getting glimpses of another TIM LEATHERBARROW'S breathtakingly exciting life in a parallel reality?

PROFFESSOR RICHARD FEYNMAN one of the greats of physics theorised about multiple if not infinite events each causing and creating its own univers ,each cause , causes an effect ant that effect creates its own reality ,so ,basically anything that can happen will happen and will form its own universe. So somewhere in this QUANTUM UNIVERSAL INFINITIES is TIM leatherbarrow having wild exciting times living like JAMES BOND , INDIANA JONES ,BUCK RODGERS, FLASH GORDON, KENNETH WILLIAMS and the list goes on . As all these other Tim Leatherbarrows go whizzing off into there self created universes
i'm stuck in this one ,not exactly whizzing along ,more clattering along pulled by a QUANTUMversion of a donkey and cart. Out there in the infinity of possible dimensions ,whatever could happen to me is happening right now ,except on this one so i'm writing this crappy blog , because i've got the time ,whereas i'm unable to on an infinite number of quantum universes and dimensions as i'm having a ball, or going to one and the taxi's waiting on the drive for me!

THE INVADERS...(A QUINN MARTIN PRODUCTION!)....DAVID VINCENT HAS SEEN THEM !....AND I HAVE A FEW TIMES NOW !

NOW IS THAT OR IS THAT NOT A BEGINNING OF A TELLY PROGRAMME?.....Lousy special effects ; over the top dramatic voice over ,but ,still it is absolutly brilliant!..."A short cut he never found!..."...."..A lone deserted diner!..."...."..A man too long without sleep to carry on his journey!.." ...Great stuff. You knew it was time for 'THE INVADERS' one of the classic series from the 60's.

Nowadays they don't even bother with opening titles ,credits ,themes ,just straight in and over the next half hour or so of a 1 hour show the credits appear along the bottom of the screen ,very distracting and annoying. Gone are the days of the classic openings and theme tunes.

THE INVADERS was quite simply about an architect named DAVID VINCENT.  He was played by a good looking in a sharp featured lean way by an actor called  ROY THINNES. He was to achieve British fame as the first GERRY ANDERSON character without strings in his first real life actor filmed effort called 'JOURNEY TO THE FAR SIDE OF THE SUN'. In the INVADERS he stops for a rest as he is lost and stumbles across a landing site of ..."A ship from another galaxy!"....Thus started his one man war against the aliens.

The aliens had transformed themselves into human form and , to be honest as you watched the series every character from the highest politician to the lowest street cleaner was an alien that had been infiltrated into society. They had to be regenerated every so often in specially designed portable units .They would be put into glass tubes and the clever aliens were regenerated. They had no heartbeat, or pulse. Their little finger wouldn't bend.....I remember seeing some well brought up people at a restaurant as a kid and pointing out the aliens drinking with their little finger sticking out...I told me dad ,hoping to save the world and got an elbow in my ribs for my heroic action!.....Also they didn't bleed if cut and if they were killed they would burn up in a red glow leaving a tiny bit of ash to show where they'd been.

David Vincent , inbetween freelance jobs would troll through newspapers to find strange and weird occurences  that could be those nasty invaders plotting and scheming to destroy us ....And of he'd go in his 1960's caddillac's with the highly sprung suspension which were in all those 60's shows would either give you travel sickness or sea sickness. David Vincent , as played by Roy Thinnes had an edgy quality to him and the stunning success of the series is totally down to him. He was no nice hero ,but seemed to me bad tempered, but if  everybody thinks your nuts and your constantly running around in mortal danger trying desperatly to find, but unable to unearth solid proof proof , frustration would set in and build up .  His life is constantly being threatened and he can trust absolutly no one andif there was nobody would believe him anyway.....It would piss you off, i s'pose!

I bought the series on E-BAY a while back, then THE HORROR CHANNEL on SKY started showing them again ,so i started watching them again. Now they've finished The Horror Channel is showin a lot of the old DOCTOR WHO's ....Horror seem to want to scrape the telly vaults for these old classic series and thats fine by me. 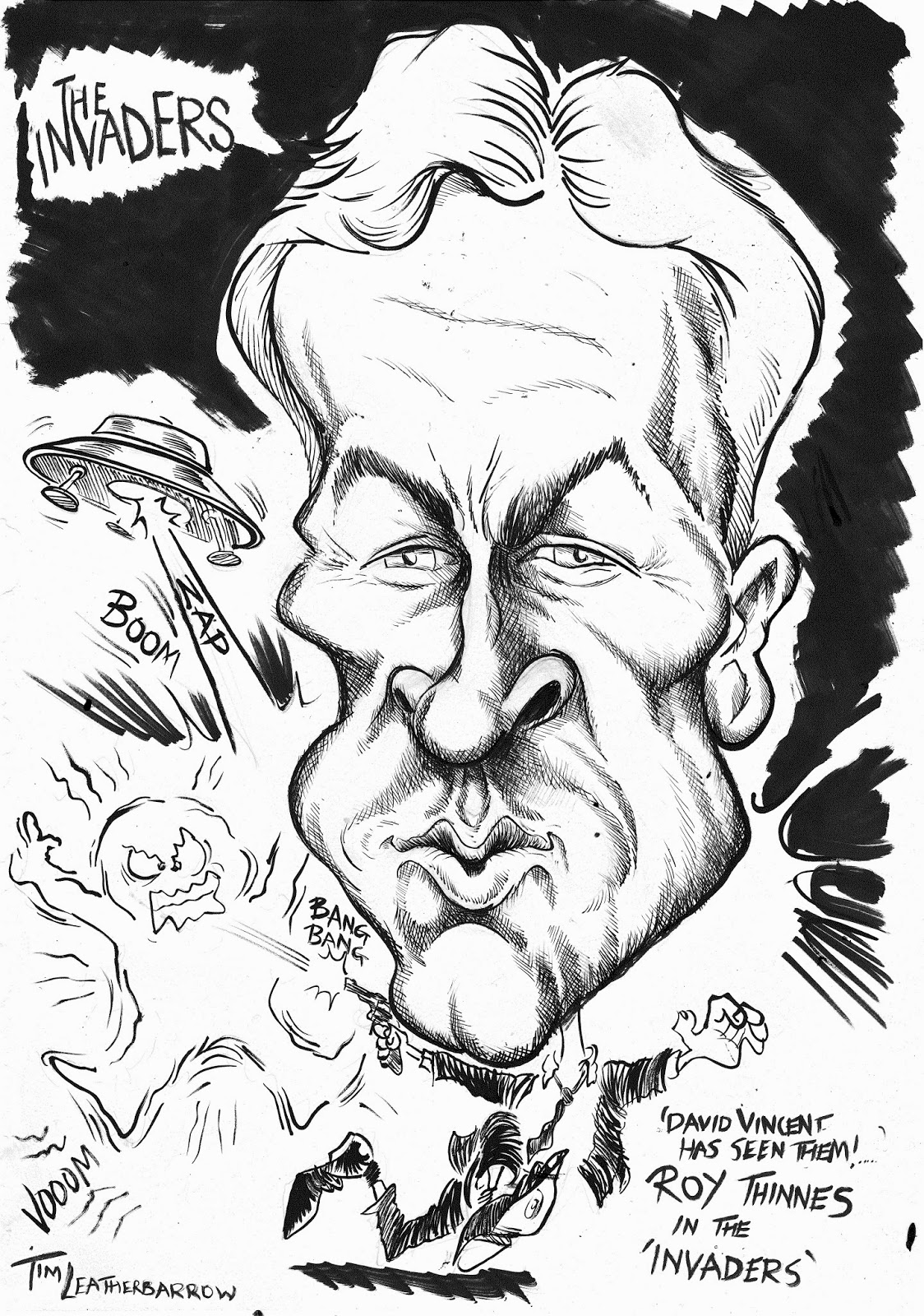