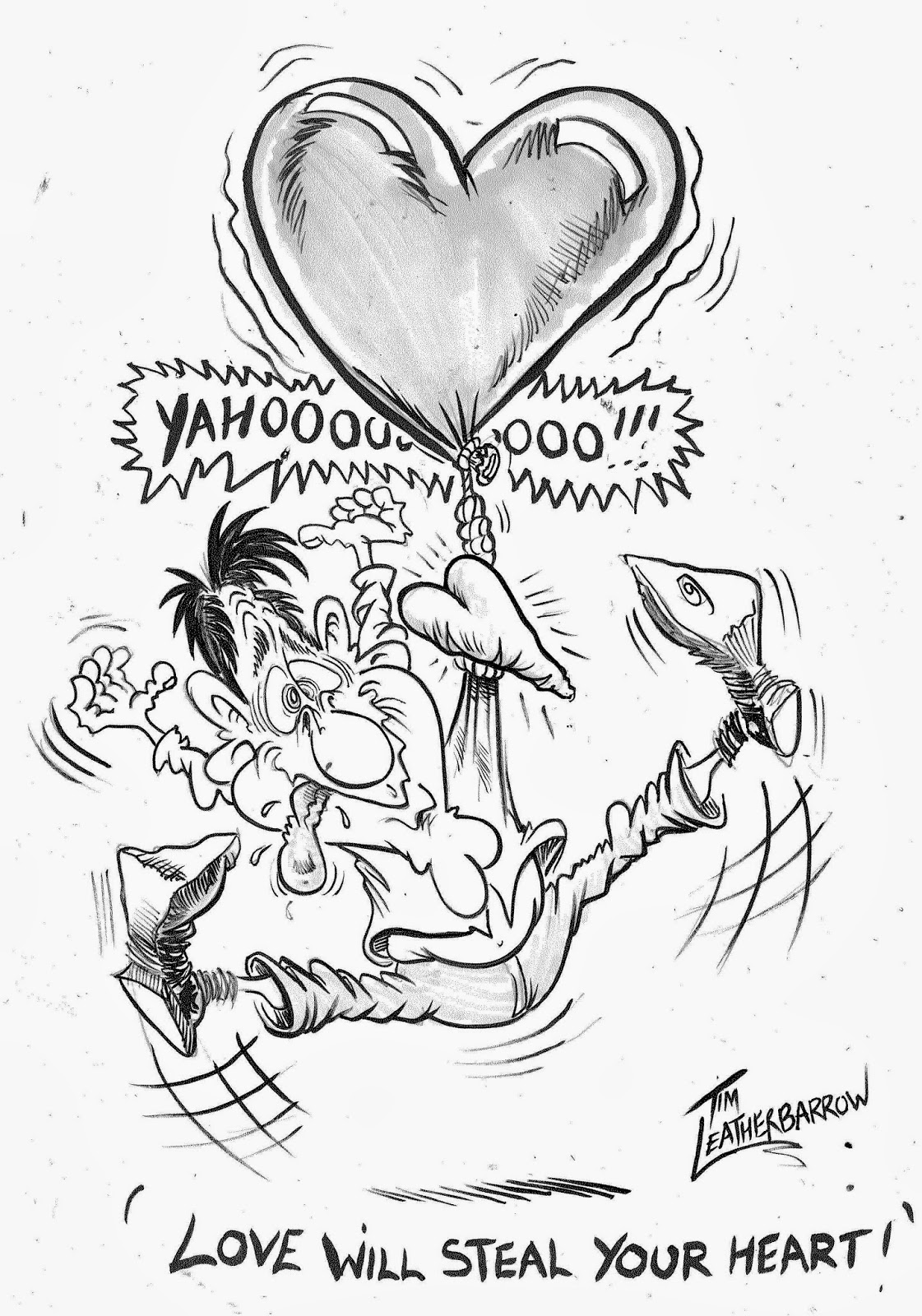 LOVE!.....AAAAAAaaaaaaahhhhh isn't it lovely?.....We all fall in love ,our brain apparently is disconnected and the heart is brought into the equation ,or is it 'the gut'?, but that is'nt too romantic....Romance is the word that applies to all things LOVE-related...And has become a multi billion money making industry as everything from flowers to rare stones and jewellry; Greetings cards; Food; cloths ; Places ;Shows : everything is now considered  as fair game and can be considered romantic.
Romance and love is considered ,well lovely ,pure ,good ,decent  and  is the mainstay of the  music industry ,just think how many songs of all kinds are about boys n' girls ,not  'banging the lumps of each other , sweating and grunting lustily ,no way!...Love is lovely smiles ,twinkling eyes ; Holding hands ;Thinking all the time of the subject of your love ,generally referred to as the 'BELOVED!'  ....Actually its potentially very dangerous as ,apparently the object  of your desire fills your waking and sleeping hours ,so if your not concenterating on the tasks in hand, sleep deprivation could affect your performance and temperament , in fact this love struck exhaustion could interfere with your love, as you become bad tempered and tired and possibly unemployed as your boss is sick and tired of the sparkly eyed ,happy love struck pain in the arse screwing up his business and annoying everybody around. This could cloud the light of perfection that your beloved sees you with her rose coloured spectacles, and being in love could screw it up for you . Very comlicated thing this love stuff!

When GOD created EDEN and stuck ADAM there ,he was getting really pissed off with this boring bastard that he'd lumbered himself with. It wasn't really Adam's fault he was the only person in the world so his conversation and experiances and funny stories and opinions on life ,sport and current affairs was a little lacking ,to put it mildly.
God dropped another fellah there with him for company, they could go to the pub together ,but the pubs were emptier than they are these days. They could talk football, but the remier league wasn't around and being as this was paradise EDEN CITY F.C. never lost a game, so that never worked the two were twice as boring as the one.
God thought this original 'Gay Marriage 'wasn't really working , so he took the 'partner 'and adapted the 'dangly bits' converting to lumps and bumps which became EVE....When Adam saw her ,in shock he exclaimed  "WO!, man?" ,so God thought ,"Thats a good name ..WOMAN!"
The dangly bits and lumpy bits didn't really have the desired effect, Eve used to go off and went on the very first fruit diet which got them thrown out of EDEN, still not attracted to the woman Adam blurted "Oh cover yourself up , woman!"....She demanded the same , so when they covered themselves in fig leaves a very strange thing occurred .They fancied each other rotten ,even though they new full well what lay beneath the fig leaves, they desperatly wanted to  see the wares , the brain was disconnected as the body became a bubbling cauldron of biochemicals and  after a lot of very strange experimentation sex and lust was invented.

There was no such thing as love , just slobbering lust and sex....They didn't have babies in those days they 'Begat!'.....If you look in the Bible the first 400 pages are these brothers begatting each other ,so as there was no other women ,they were the most inbred family ,ever!....In fact it is this that has caused mankind to be the sickest ,most deranged bunch of maniacs in creation.
God decided that this surge in sex crazed nutters had to be staunched. By dabbling with the body chemicals and  moving the 'busy' bits from groin to heart by playing disco music he created love ,so that man and woman would fall in love rather than plunge into lust. Marriage and families and all those dubious ofshoots of love came into being....
Love was invented to cut down on unadulterated non stop sexual  practises, sex was tempered by love,  which will come as no great suprise to most husbands
Think of the BEATLES  for instance.....Love is one of the main lynch pins of their out put  they were in the 60's the LOVE GENERATION????....Everything was 'PEACE N' LOVE!"....It could be possibly blamed on the Beatles .
But even the love peddlers, those great 'cute mop'eads ' from the banks of the Mersey mud , if you look ,possibly unintentionally exposed the drawbacks of love. They sang about all the stereotypical sissy stuff about love and romance ,etc , etc, but if you look chronalogically at their romantic output. By just dipping in here and there we start with 'LOVE ME DO!'....'SHE LOVES YOU!'....'ALL MY LOVING!'.....'A HARD DAYS NIGHT( not too romantic ,is the rot setting in ?)....YESTERDAY!'..(A broken heart!)....HELP!....(Says it all !!)

True love was when you suddenly went into school one day ....The previous day you hated sissy 'GURLS!'....Then some girl smiles at you and  'BOOM!' You follow her home spending months  making an absolute prick of yourself trying to impress her and get her attention. Later at secondary school ,your first school disco standing around with your mates until the last song of the night ,ussually ,at the time 'JE T'AIME!'....You had three minutes to ask some girl to dance ;Swa some inane smalltalk ,hopefully leading up to a snog and ossibly being allowed to walk her home. If you were successful you were floating above the ground for days until you returned to school and your dreams were dashed as she was totally unmoved by this earth shattering experiance and had virtually ,or wanted to totally forget it and you!

Men who ,originally had problems with the love over sex stuff, whereas woman seemed more comfortable with it....Men will love their lady wife ,forgiving their flaws, failures, etc ,but women are quite happy to point out your failures ,stupidities, ugly points, imperfections, but somehow it seems to work ,generally. Listen to the 60's pop music and soul and Disco of the 70's it 's all explained by THE MONKEE'S and BARRY WHITE!!!

Posted by Tim Leatherbarrow at 18:05 No comments: Links to this post 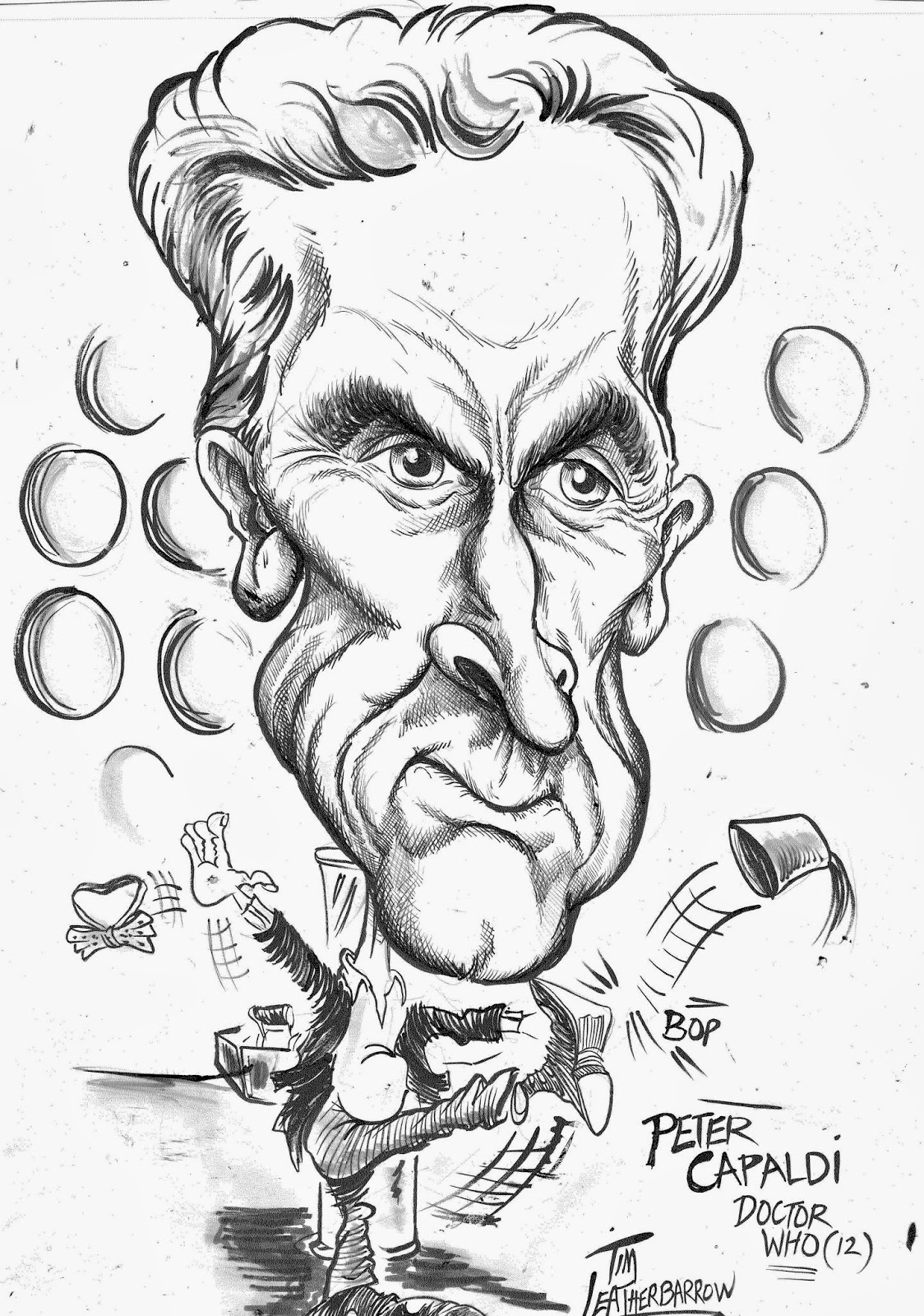 They say that time travel is impossible ,to an extent i suppose it is.....You can't go back to change the past as it has happened and if you could you would fuck up the universe by the cause of TEMPORAL PARADOXES ....Going back and killing your grandad ,so you would never be born ,so you couldnt grow to go back and kill him ,so you would then be born as normal ...Only to grow ....And go through it all again ,he'd die ; You wouldn't be born and on we go, ad infinitum ,so feasibly time would grind to a halt .....Thats according to our famous beloved past bugger-upper ,DOCTOR WHO!....The futures a different kettle of TARDIS grease as we are powering into the future all the time, whereas we can't affect the past ,everything we do affects the future. We travel through the present on our way to the future at the speed of time. The speed of time is relative to a variety of things.

Your mind is like a TARDIS and whereas your surroundings are the room ,office,car your in ,whatever ,your mind is infinite and makes you feel like your travelling through time. When your happy and active time zooms by, holidays flash past for example....When your bored or pissed off ,time drags by . You look foreward to something a long way in the future and suddenly your sitting there and its long passed and happened.

When you were a kid things like school holidays seemed to last for months , nowadays that same period would be about the same length of time you could hold your breath for! As you get older time does accelerate , like a formula 1 car ,in the distance ,moving slowly over great distances ,in the distance, then, as it comes near it blasts past and dissapears into the distance again like events and years.

Next is CHRISTMAS and forget the Oueens Speech ,etc ,DOCTOR WHO'S regeneration will take place the new boy will be unveiled. The drink, food ,presents ,decorations and most new year resolutions have already been long forgotten, its all over for another year.....We were waiting for the glimpse of the ,it has to be said 'very promising' looking new Doctor ...PETER CAPALDI....An interesting looking character who looks half the age of WILLIAM HARTNELL the first Doctor, even though he's the same age.

It'll be good to have a crazed ,bad tempered old fellah as the Doctor ,rather than the beloved schoolgirl sex symbols of lately, they have to cater for the miserable old farts amongst us!.....Before you know it the year will be drawing to a close ,we'll see the new series and SKY will be showing the repeats five times a day and capaldi will be over before you know it and here we go again, but in the period of time the calendar will be running a lot faster as the DOCTOR WHO'S and JAMES BONDS change seemingly on a weekly basis.
They shouldn't call it old age ....Fast or accelerated age would be more accurate.

Posted by Tim Leatherbarrow at 17:53 2 comments: Links to this post