BEFORE I WIN THE WAR CAN I HAVE A STARBUCKS ? 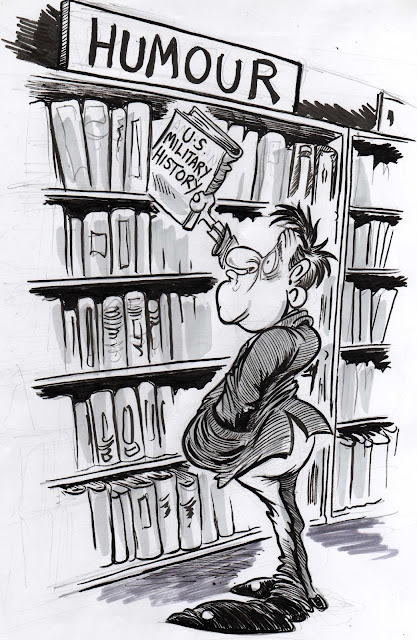 The problem with the world is basically that everybody hates .....Everybody !....Esspecially people from anywhere else . As the world got bigger ,everywhere else got further, from neighbouring caves ,to huts, to villages ,to towns and cities ,to countries and other side of the planet and back again! These 'set too's' were instigated by whoever was in charge , wether he was the biggest caveman to the mightiest king to the weediest ,slimiest of politicians who rule today and decide we indulge in a 'set too' or as we know it now ..WAR !

To fight a good war you had to frighten the other army with your manpower. This army as it was now called , consisted of the king who picked the fight for the fun and honour of battle ,or land and riches. His army would be poor innocent farmers who had not known they even had a king except for the 'tithes' they had to pay . The old fashioned word for tax....Before it was on line , inland revenue @screwublind.com.

As with anything ,with practise the chaos of war became the art of war. New weapons were invented and  slashing and stabbing was perfected wit swords ,spears and even long range forms of entering the human body by way of the long bow was formulated for killing at a distance. Then those sneaky orientals in China invented a powder which caused huge explosions and then the shit and the rest of the enemys innards hit the wall of the besieged fortress. Cannons followed which could fire balls of iron then eventually a hand version called a rifle then a handgun was made. Except for those very odd sorts ,the Japanese , the sword died a death. Honour was a big thing in war and seemed to die off with the loss of the sword . The Japs become insanely honourable and would rip their insides out if their honour was 'damaged' or lost in anyway. If their lord lost or cocked up they would commit Seppuku, or as we'd say "Harry Carry!"

The armies got bigger and bigger all armed with rifles and by the time of the Napoleonic wars , tens of thousands of men would be on the march. If everybody hated the enemy they  hated their own men ,'the common squadie!'...They were treated like dirt and discipline was horrendous. Even The Good ol' Duke of Wellington refferred to his own men as 'filthy scum!'

War was a thing of lovlieness now as the uniforms were lovely bright colours with feathers in lovely tall hats ,the condition of the uniform ,brass buttons n' all was more important than the maintainance of the weapons. Even in the mile long straight lines of men who could only fire once before a complicated reload ,maybe two shots a minute, they had unarmed men marching beating drums and blowing brass instruments, and men carrying the flag , which the enemy would home right in on . I can understand anyone keeping clear of the standard bearer.

The 'war to end all wars' came with world war 1...By then although calvalry units were still thought to be wonderful and lots of old style techniques and stratedgies were used ,the invention of repeater rifles then the machine gun ,wiped out millions as soldiers spent 5 years in mud and blood. Then everyone went home to wait for the next 'set too!', which wasn't that long in coming ,gave the next generation long enough to get to the right age to be called up so they could get into what was imaginatly called 'world war 2!' The pains in the arse ,the Germans who started the first war , decided theyd come off with a bad deal after their defeat , so the nutjobs in the Nazi party who ran the place thought Germany needed more territory and invaded everywhere and, thus was six years of  world wide fighting ,with the UK as the only one holding out and making an effort, we were kicked out of France and Europe was overun and we ended up in North Africa. Our supplies were coming from the US,Across the Atlantic ,German U-Boats allowing ,which they didn't .

America didn't want to get involved ,but a good European war is great for curing a depression, so all of a sudden everybodies got a job and for protecting convoys and lend leasing second hand old boats getting all British bases and colonies around the world and a debt ,i think we paid of ,two weeks ago ,last Thursday, The Americans loved the war. Until those crazy Japs bombed Pearl harbour and all of a sudden there they were , as we all know ,"Pullin' our goddamn limey asses outta the fire!"

The Americans came out on the winning side and so Hollywood has been celebrating that ever since....Since then theyve utilised their massive funds ,equipment and manpower to do ,well not much, Korea , Vietnam ,Afghanistan , etc ....Even invaded Haiti , a tiny island for 'Operation uphold democracy', a good American military title. 23,000 men attacked the island , 100 Haitians were killed and...One American!

Kids used to play war in the play ground at school ,blasting with pretend machine guns , until they discovered sitting playing computer games....Although weve had armies ,navies ,airforces , nuclear weapons , we are now using spy satelittes and drones to guide missile strikes ,so the missiles and drones are controlled by soldiers with starbucks coffee mugs playing computer games in the pentagon....Kids are the fighting forces of the future! 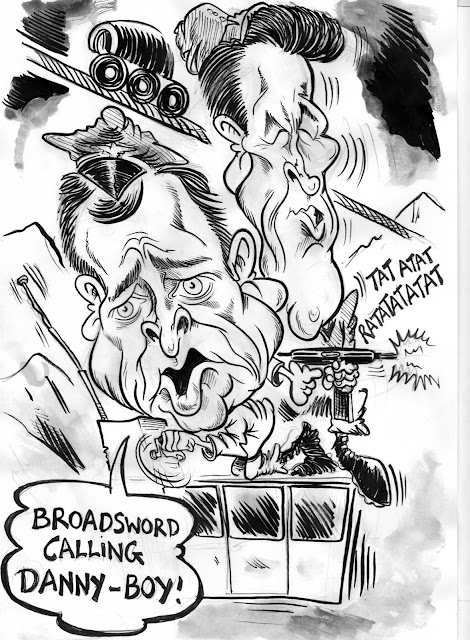 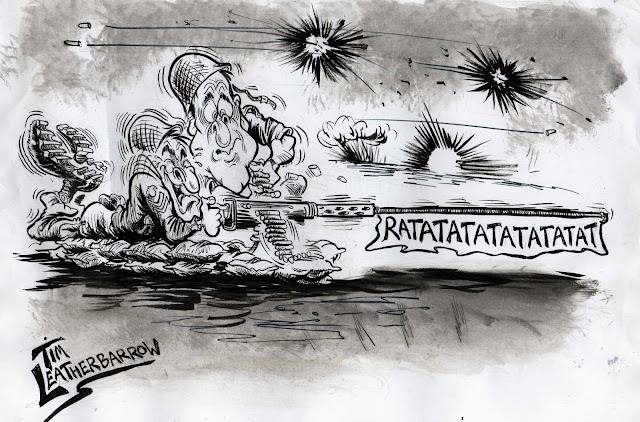 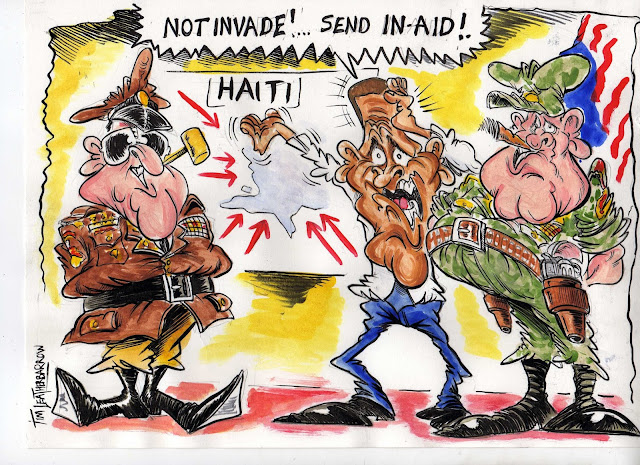 Posted by Tim Leatherbarrow at 19:49 2 comments: