MUSIC ,LOUD N' TWANGY !....WITH DISTORTION ,FEEDBACK AND JUMPING AROUND!!!!! 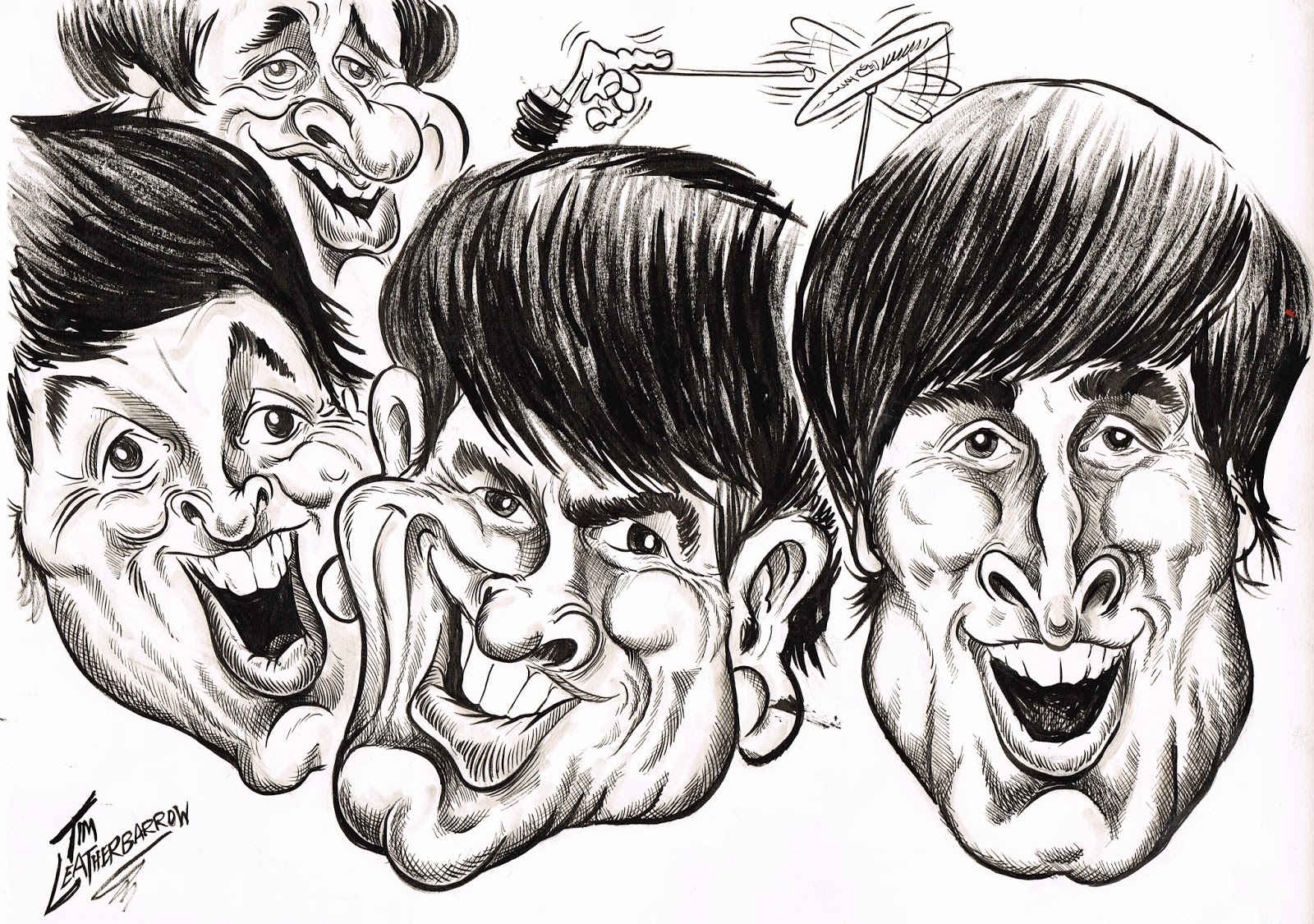 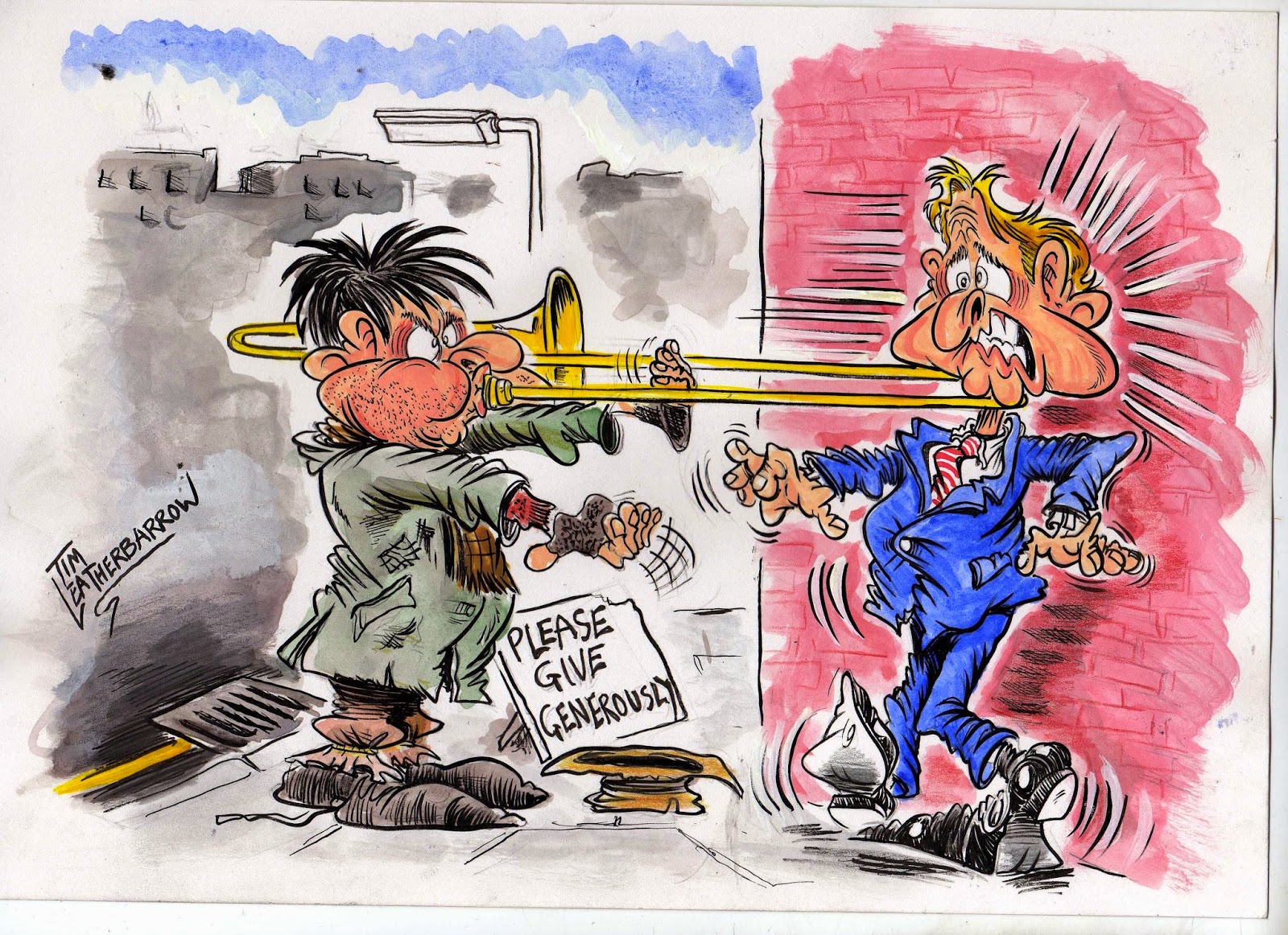 When i were 'nobbut a lad' in the 'swinging 60's'( much as it pains me to admit it!)....Music to me was the theme tunes to classics on the telly like; 'SUPERCAR', FIREBALL XL5, STINGRAY and later 'THUNDERBIRDS. And lest we forget DOCTOR WHO and another personal favourite of mine was 'GARRISONS GORILLA'S! The joys of MERSEYBEAT were lost to me ,except for the CILLA BLACK show and for some very strange unexplainable reason i fancied the pre nose job Cilla something rotten . Even more inexplicably i enjoyed and still do enjoy some of her major hits. The other one i liked was PETULA CLARKE....She had the voice of an angel and when i heard 'DOWNTOWN' i loved it and couldn't stop whistling it. Even today ,even typing about it ,i'm whistling the damn tune. We went to see her last year in Manchester and she was still good and i was whistling that damn tune for weeks. The funny thing was when i mentioned it to anyone a few minutes later they'd be humming or singing it. Without doubt it is the most infectious pop song ever!....Don't listen to it without ear muffs and a bio defence suit on!

Years later i'd watch bands in pubs ,even old cellars in dingy back streets in the fair city of Liverpool which gave me an idea of how it was in a variety of pubs ,clubs and dingy cellars in those days where in that fine city the biggest music explosion took place and the world is still shaking now! A whole heap of our own local lads inspired by BILL HALEY, ELVIS and LONNIE DONEGHAN and his home made 'SKIFFLE' band made their own bands and started playing something called 'ROCK N' ROLL' clad in leather and brycreem'ed hair they played bloody awful stuff wherever they could. A similar sister port to LIVERPOOL was the naughty red lights of HAMBURG where a lot of the bands served an apprenticeship playing all day and night in various strip joints. One group of four greasy leather clad rockers who hit Hamburg and came home to tell the tale and got quite a following in their home town was 'THE SILVER BEATLES', soon shortened to 'THE BEATLES.'....They started playing in a dingy cellar called the 'CAVERN' in a dingy back street that now inspires billions of tourists to visit called 'MATTHEW STREET!' The walls would drip with sweat and the toilets would overflow and it was an absolute shit'ole that people would queue for hours to get into and scream their lungs out worshipping these heroes. Bands from all over played at the Cavern ; THE ROLLING STONES; THE WHO and anyone you want to mention. Directly opposite the Cavern is an old Liverpool pub called 'THE GRAPES'...Most of the famous rock stars from then and now drank in there , LENNON n' McCARTNEY wrote in there, but if you go in that musical holy of holies now ....It's a bloody KARIOKE BAR!

For some reason my first record was 'MORNING HAS BROKEN' by CAT STEVENS...Which i swopped for ALICE COOPER'S 'SCHOOLS OUT!' I had never bought an LP, as they were in those black n' white ,far flung vinyl days, so i'd never listened to the 'FAB FOUR' unless they were on the telly. But one day my dad came home with an 8-Track player bought from the biggest 'knocking shop' in the world FORDS, HALEWOOD! He had two 8-Track discs ,i can't remember one ,but the other had a great picture of an exploding pinball machine and it was by a band called 'THE WHO'!

That was me hooked....I played it to death and even bought 'THE BEATLES' and was pleasantly suprised. I didn't buy a lot of records ,etc ,but TOP OF THE POPS' Was onthe telly with 'THE OLD GREY WHISTLE TEST' with 'WHISPERING BOB HARRIS' for the serious rock music follower ,as opposed to the pain in the arse RADIO 1 D.J.s for pop fans, or 'pop-pickers!' all blathering like ,well caricature pop D.J.s that HARRY ENFIELD and PAUL WHITEHOUSE would take the piss out of.

One thing worse than the D.J.s was the bands in the 70's n' 80's, when'GLAM ROCK!'kicked in, glitz n' glamour was the main thing, make up ,platform shoes ,remember 'THE SWEET'; SLADE; The tartan of 'THE BAY CITY ROLLERS'....(oh god!) . The good thing about them days was that the 'GIGS' were played in theatres like the EMPIRE in Liverpool, old victorian theatres, great for watching a band....I'd've loved to have seen THE WHO with KEITH MOON when they were at their peak in the Empire. Now they play in ARENAS ,massive places requiring the aid of huge videos to see the bands. You often have to stand at ground level ,even though ,nowadays its all seated ,some pains decide they have to stand so everybody has to stand. I remember seeing PAUL McCARTNEY at the KINGS DOCK in Liverpool and getting stuck behind some stupid bastard with his girlfriend waving her arms sitting on his shoulder. Whenever i see some silly cow sitting on her fellahs shoulder i imagine the 50 yards of people behind who want to rrip her head off ,because i've been there. There was a phase were people lit matches and held them up during the show. Then small cameras ,now telephones and now I-pads held aloft to block the sight of shortarses like myself!

Music is a matter of personal taste and its a case of whatever floats your boat!....I love guitar rock and my hero is PETE TOWNSHEND i can't take my eyes off him when he lets rip. JEFF BECK, DAVE GILMOUR, etc ,etc i've seen them ,all brilliant. The other day we were out having a drink and in THE CAVERN watched a local band and the lead singer was an absolutly blistering guitarist, brilliant! My missus ,the LOVELY LYNNE, plays trombone in a SKA BAND and they're great to watch and through Lynne who started in Brass bands and Swing orchestras ,etc has got me into that stuff and even a smattering of classical music.....Not too much tho'!....She's played on the stage of THE ROYAL ALBERT HALL, and fallen off!.....As did PETE TOWNSHEND...Well ,it impressed me! Recently i've been playing a lot of THE BLUES....Which it must be said Lynne hates.

Music can help your moods .....If THE WHO'S 'LIVE AT LEEDS' doesn't charge your energy levels ,nothing will....If i was feeling pissed off i'd always play 'QUADROPHENIA' that got me buzzing. There are tons of sounds that have an effect.I like prog rock ,saw PETER GABRIEL ,recently ,listening to the old GENESIS stuff. Watched YES recently, then played THE SEX PISTOLS the following day, not progressive, but good! I was playing the soundtrack of some of the JOHN BARRY early JAMES BOND films ,helps me feel like 007 when i'm walking the dog, lean ,mean and licensed to thrill 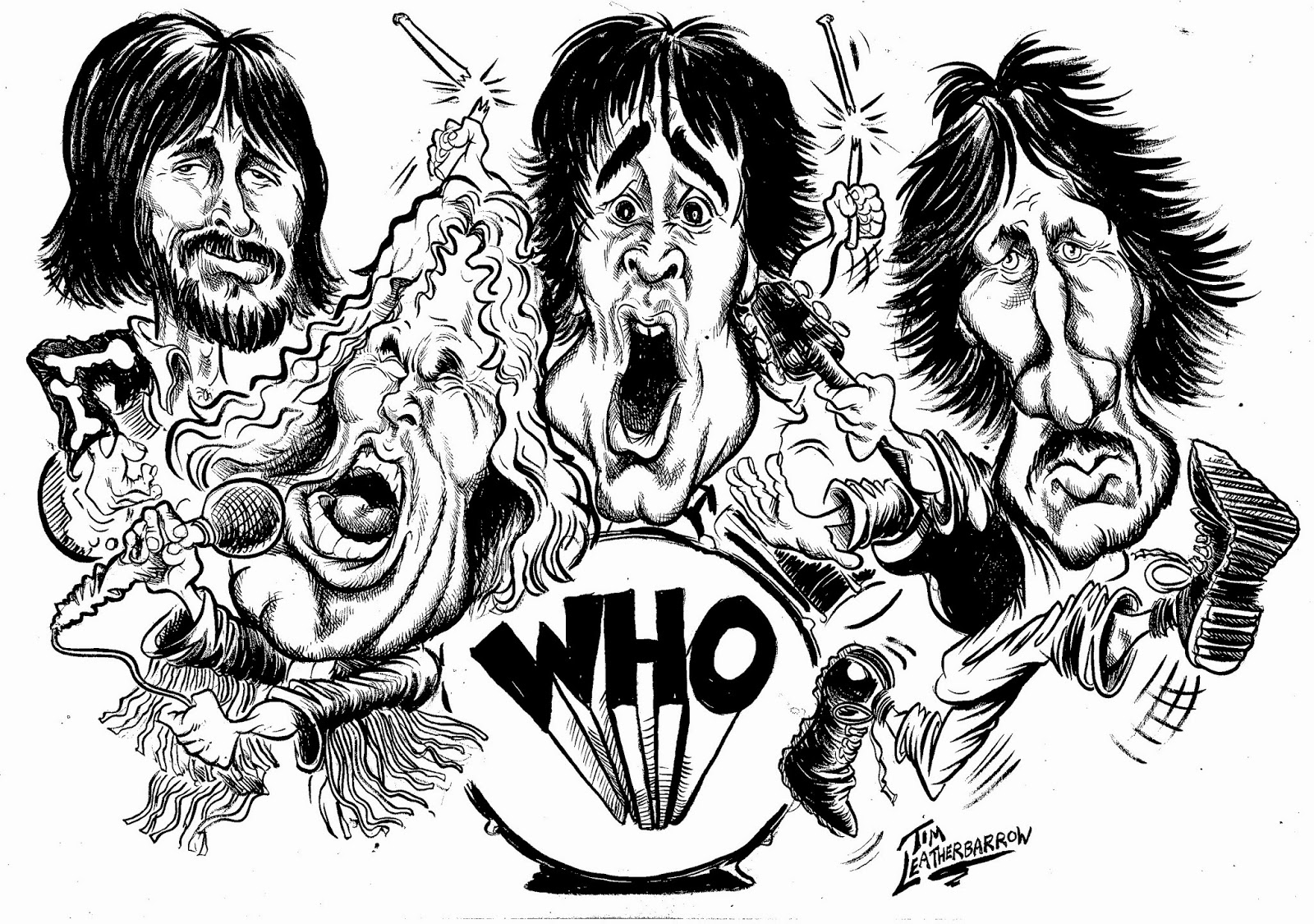 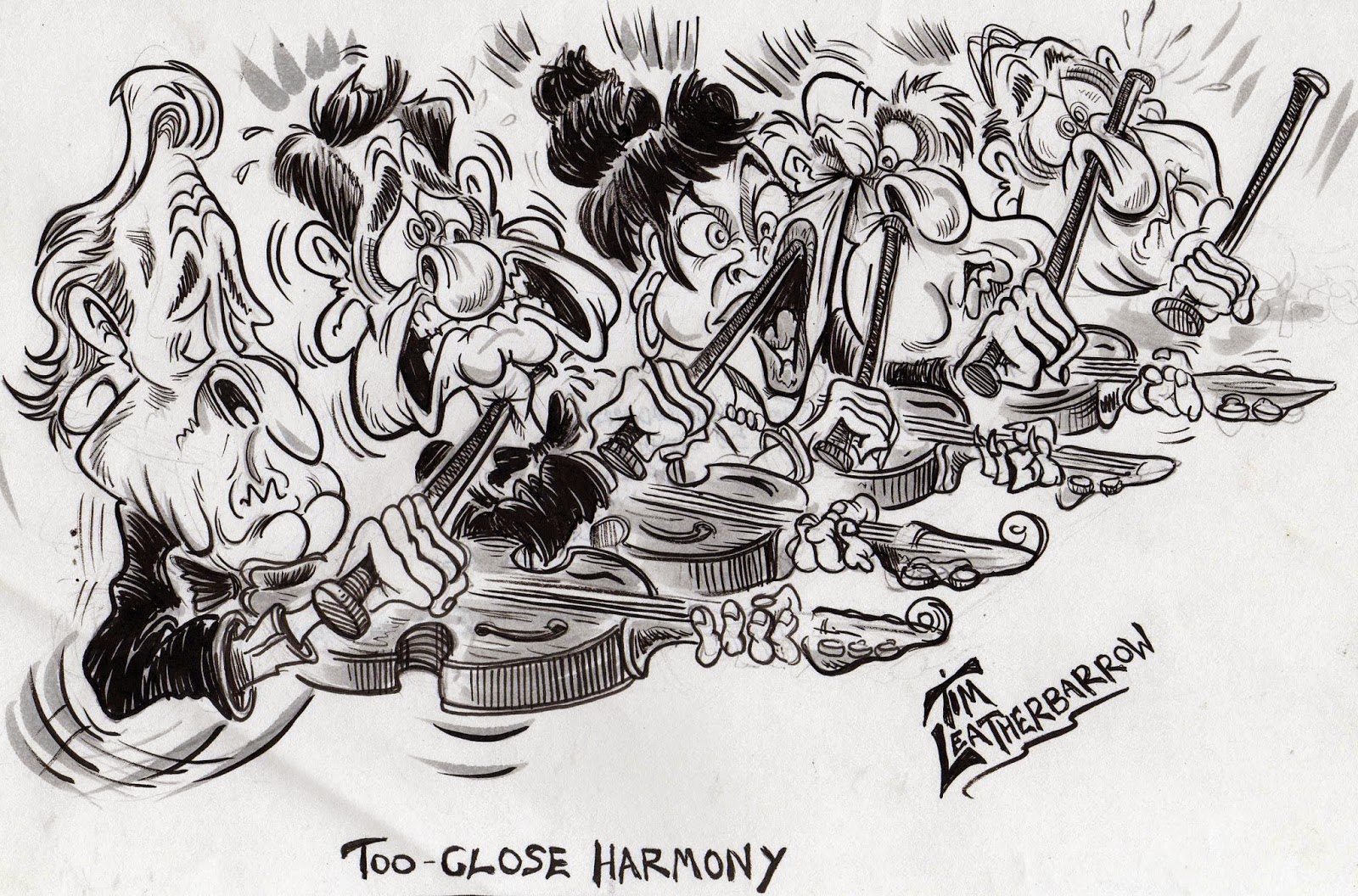 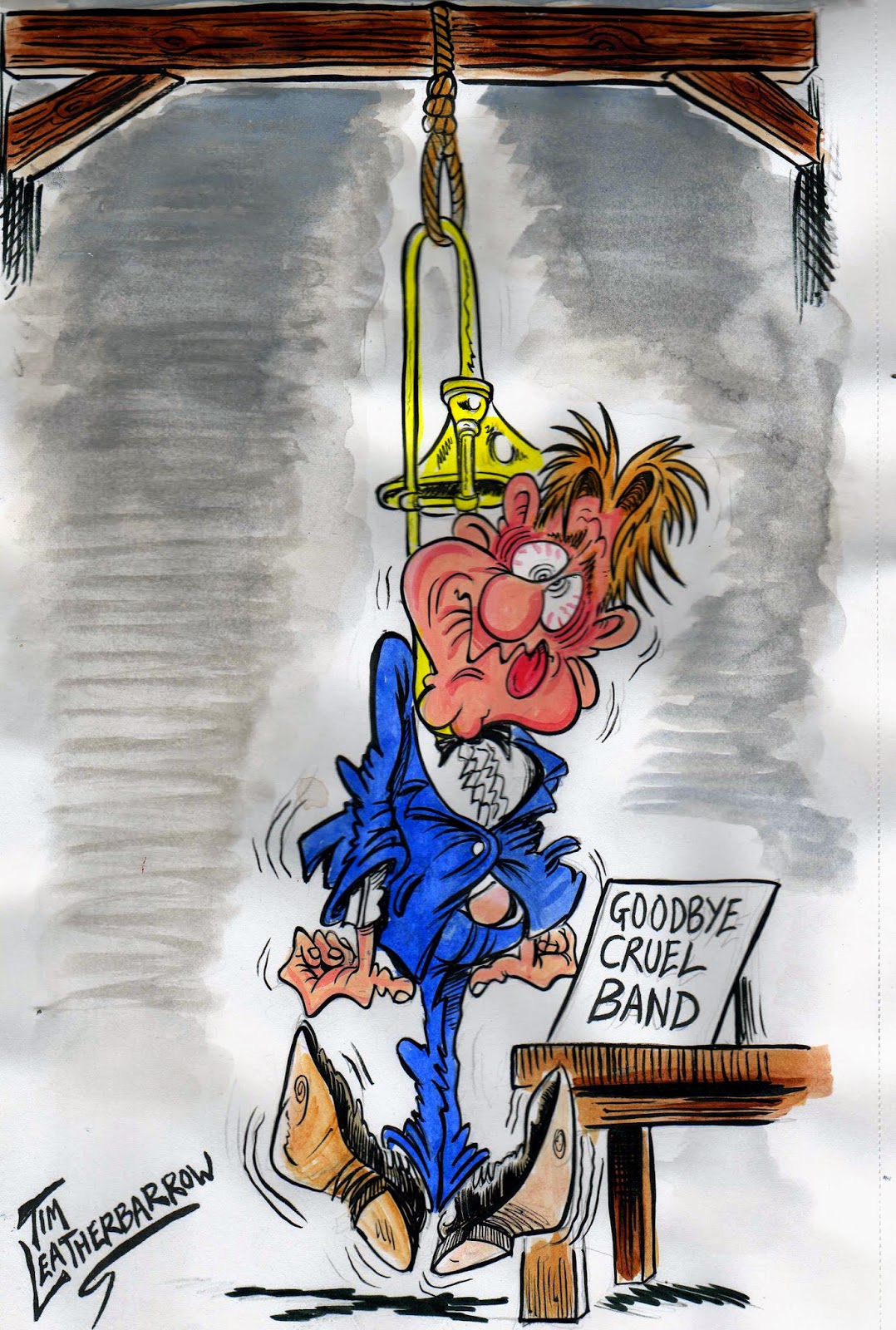