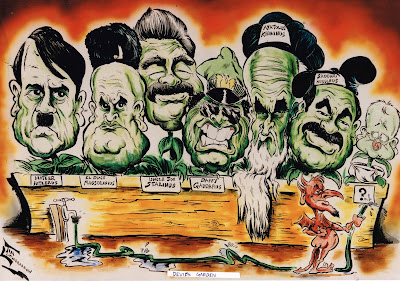 T
Throughout history the world has been run by kings ,emperors, Fakirs ,etc ,all living in the lap of luxury ,but when they got bored called up the starving subjects to march across countries to invade somebody and have a good war.

ALthough they were probably nuts ,many were actual warriors and would show their regal gob on the battlefield which ,in those long gone times actually inspired their men to fight....Can you imagine any of our leaders on the battlefield filling us with inspiration nowadays.

last century we had The Duke of Wellington fighting a clever little odd bod called Napolean ,known in legend as a dwarf with his hand inside his jacket all the time, but he ,apparently was perfectly normal sized and normal and very clever ,The Frogs (now with them farting about over Brexit ,400 men to go from Vauxhall and owning companies over her, we don't have to be nice to them ! anymore)....Well they worshipped their emperor. And probably with good reason , but then we had Waterloo....That shut les gobs!

The first world war didn't really have a central character, not until a greasy haired comb over with a snotty little moustache named ADOLPH HITLER decided to take over the world. His far right beliefs got rid of all kinds of races ,religions in the quest for land for the Germans and purity of race. Short arsed little runt who fancied himself as an artist ,but couldn't make it ,so years of war and destruction and  planned extermination of millions of men women and children just cos he got upset !

Mussollini was the dictator in charge in Italy ,a really odd baldy bulging eyed weirdo ,very animated and when he spoke you could probably hear it in England. He was jealous of Hitler and wanted the Italian military to show what they could do ,which to be honest wasn't much, aside from being beaten and surrendering in mind boggling numbers. Apparently very fond of the ladies, to show how stupid he was ,he built a series around a lake ,in fact they appear in the opening of the James Bond film, 'Quantum of Solace' in a car chase. Musso' ,as he was named in a cartoon strip named the longer tunnels after his favourite women and the shorter after the not so highly thought of ...If thats not living on the edge ,tell me what is .

Around the same time we made friends with one evil bastard JOSEPH STALIN...In charge of Russia ,he was a bear of a man who ruled with an iron paw. He and Hitler made a pact and would split what they could strip from countries they intended to over run ,but Hitler being a bad person betrayed him and invaded Russia and us Brits sent Russia as much aid as we could , the countries gradually starving but we sent supplies and lives on the Artic convoys to supply Stalin.
He shot himself in the foot as being totally ruthless and paranoid he shot a mass of his best generals , so when the Germans were at the gates of Moscow and fighting for Stalingrad it was the Russian winter that beat the Germans . Stalin ordered that anyone comes back from the front or escapes the Germans to be shot for cowardice....Alround sweet'eart he was !

But in more recent times our nutjobs are in the middle east and muslim lands . .SADDAM HUSSEIN was in charge in his lovely palaces with the goverment and military run by his mind boglingly rich family. In charge of Iraq . He fancied himself as a noble military leaderalways in military ftigues ,probably designer fitted and a beret. He was a hard leader and people were tortured and a harsh regime was ruled by his iron fist . When the good ol yanks and uk under our noble leader TONY BLAIR in vaded and got rid of poor old sad Saddam. His country decended into anarchy and chaos which it's never recovered , It seems the Muslim people are only content with an absolute bastard in charge ,as he ,like the military ,sunglass clad ,medal collecting leader in LIBYA , COLONEL GADDAFFI. He was an equal totally nuts bastard ruling with an iron fist , but he was  home for terrorists ,the Lockerbie bombing ; The SAS seige of the London Libyan embassy, etc . When he went the militant muslim chaos ensued

Iran was quite a trendy fashionable place when the SHAH ran the place ,but the extreme muslim faction under the evil eyed AYATOLLAH  moved in and strict muslim law was enforced, as well as a ruck of nuclear missiles so its believed .

And our latest totally bonkers leader of men is that hilarious KIM JONG UN in charge of NORTH KOREA who are happy to starve their people to pay for their military expansion and the nuclear missiles which are going to hit America ,"imminentally"!

Next weirdo ,with a funny hair cut, moustache, etc, just watch what you say , he could be running the worlds nuclear arsenal or concenteration camps before you know it !


Posted by Tim Leatherbarrow at 17:25